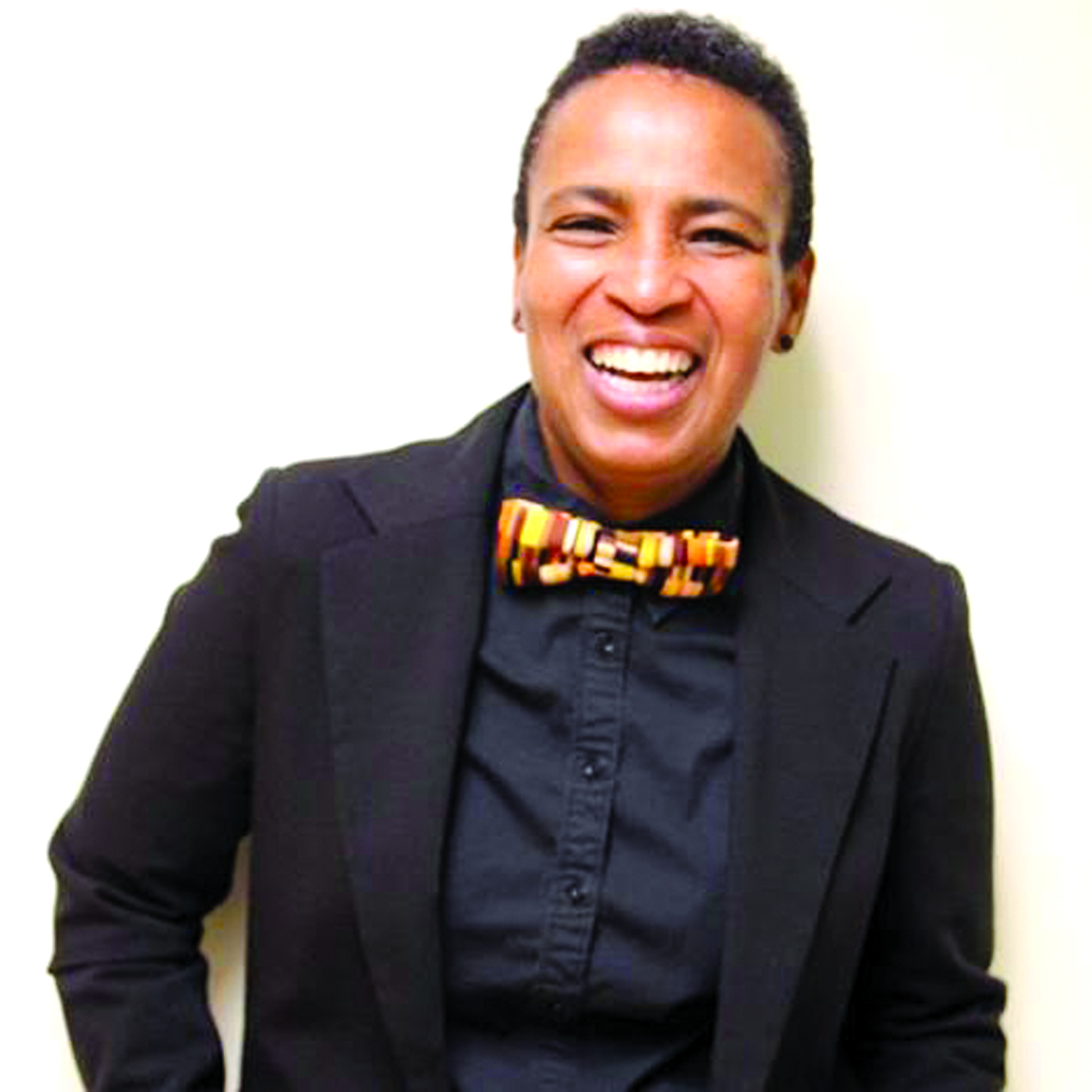 Natalie often describes herself as wearing 3 kinds of bowties: first, she is a tenured Professor in the Social Service Work Program (SSW) at George Brown College (GBC) who is presently pursuing a PhD through the Faculty of Environmental Studies program at York University; secondly, she is also a co-founder and coordinator of the Social Innovation Hub at George Brown College which is an early stage incubator, an alternative placement and a connector for School of Community Services students; and, finally, she is an award-winning contemporary established visual and multi-media artist.

Artist Statement
As a mid to established contemporary multimedia artist and curator, she creates and exhibits art-work that cohabits the areas of popular culture, education and historical research.

Biography
Born in Trinidad, Natalie is a PhD student in the Faculty of Environmental Studies at York University she has an MA in Art Education from the University of Toronto and has completed a variety of studio courses at OCAD. Her work includes the use of recyclable materials, drawing and painting, encaustic wax, printmaking, video, performance and web-based art. Her videos and performances have been presented in venues such as L Space Humber, OCAD Gallery, Inside Out Film Festival 2015, Nuit Rose, Trinity Square video, The Caribbean Tales film festival 2014, T&T film festival 2013, New York Mix Film and Video Festival, Images Festival 2006 and Mpenzi Film and Video festival (where I won the Audience Choice Award in 2006). Her art works and collaborative art practices have been presented nationally and internationally in solo exhibitions at WARC, Zsa Zsa Gallery, Caribbean Contemporary Art Centre 7; several group exhibitions (Occupy Space 2016 @ Humber Art Gallery, TSG 2016 @ Gladstone Hotel, The Church St Mural Project 2014, Peterborough Art Gallery 2012, Prefix Institute of Contemporary Art 2007), International Art Fairs (Artist Project Toronto 2010, Nuit Blanche 2007, Toronto Alternative Art Fair International). She has received awards from the Toronto, Ontario and Canada Council for the Arts, the 2006 New Pioneers Award for contribution to the Arts in Toronto and was nominated for the 2006 K. M. Hunter Award for Interdisciplinary Arts Award for my web-based project Kinlinks.

Social Innovation Specialist
I am a cofounder and was a Coordinator of the GBC Social Innovation Hub 2014-2018 and I provide consulting in the field of social innovation to other educational institutions and to community based organizations.